Mask Network will work with Nym in Plugin development, for better privacy protection 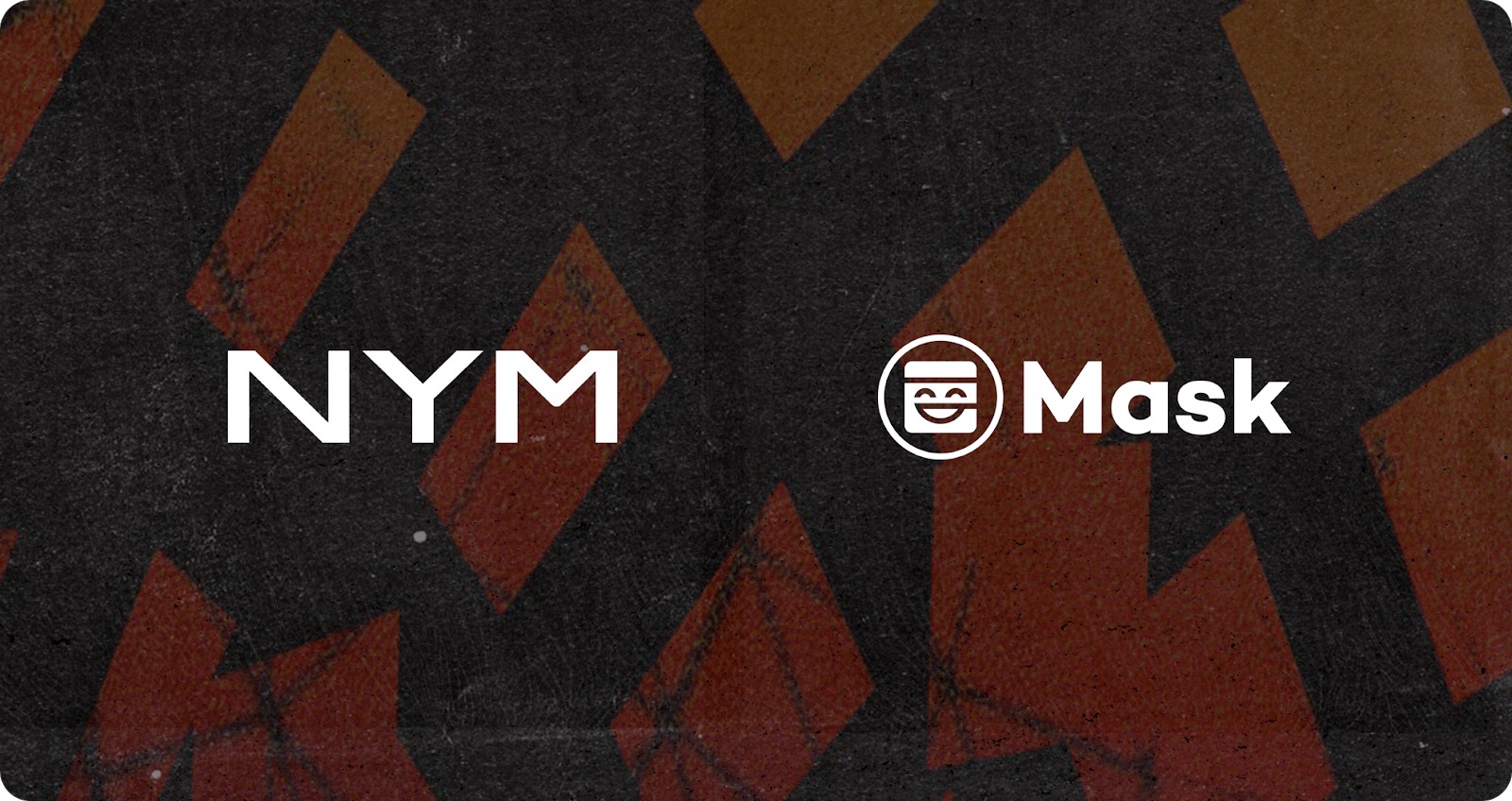 Privacy infrastructure platforms Nym and Mask Network engaged in in-depth talks about the next mixnet testnet. The two organizations will open dialogues and hold extended discussions pertaining to privacy protection and the real-world application of encrypted decentralization concepts. They also plan to cooperate in node development, allowing people to use Mask Network nodes on the Nym testnet.

Mask Network and Nym will establish an encrypted communication channel together. Mask Network already has a highly mature tweet encryption feature and is popular amongst their extensive userbase. Nym’s open-source, decentralized permissionless system provides full-stack privacy, allowing developers to create apps on it while avoiding the frustrations that arise from data leakage and authenticated payments being monitored for metadata. In the future, Mask Network may develop an encrypted private messaging feature through the Nym system, mitigating the risk of information published by users on centralized social networks from being exposed to those platforms.

On May 7th, Nym co-founder Harry Halpin joined Mask Network co-founder Yisi Liu for an online round-table discussion as part of a seminar about code obfuscation. The seminar was co-organized by the Technical University Delft in the Netherlands and Cornell Tech in New York. Yisi Liu was the seminar’s only participant from China. Harry invited him to provide a counterweight to his US-centric perspective. Their joint research, “The Limits of Obfuscation: Does Decentralisation Work?” showed that traditional technologies will never be able to compete with machine learning and AI technologies, which are improving by the day. People should therefore opt for decentralized technologies which are based on true encryption. 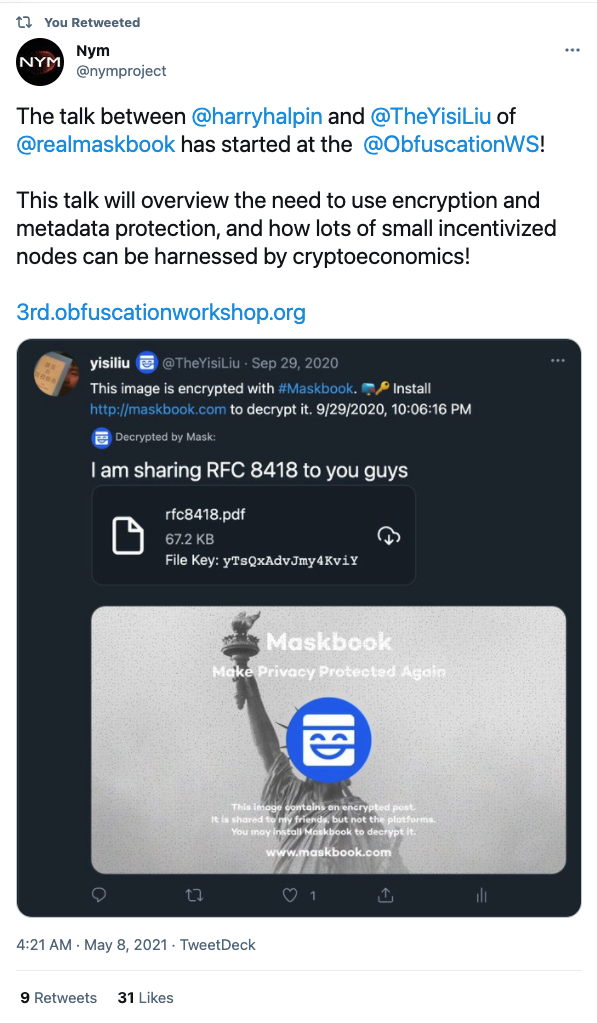 In the future, Nym and Mask Network will cooperate to allow users to directly use the Nym network through Mask Network nodes, in addition to developing, smaller nodes such as encrypted private messaging. This will extend the possibility for more users to get involved in the Nym decentralized privacy network, and the opportunity to win testnet token rewards.

“Nym is very diligent when it comes to selecting partners for cooperation. We have chosen to work with Mask Network because we believe that the encryption methods they use are highly significant. By default, everyone knows what you’re talking about on Twitter, and organizations like Twitter can use this for their own benefit. Mask Network’s encryption technology can prevent these sorts of situations. Even though Mask Network still can’t guarantee that your IP address and other metadata are not exposed, combined with Nym’s privacy network stacks, we can make Twitter more private. We should be completing our cooperation with Mask Network before the main net goes live in the next few months.”

“There’s a saying: ‘A web that’s locked open for good’. I hope that all these networks will lead to a better future for us. I also hope that we can all understand and share this goal. I hope that, together with Nym, we will build a better and more open network that our users love.”

Mask Network has always advocated user awareness of private data and helping users maintain the rights to their data. Through cooperation with Nym and other outstanding private data protection teams, we believe that we are getting closer and closer to achieving our goals.

Nym is a privacy technology development company located in Switzerland. By combining blockchain tech to develop a mix network protocol that protects metadata security, Nym is creating a privacy network layer of infrastructure that effectively prevents large-scale surveillance. Nym plans to launch their mainnet this year. Their current testnet, Finney, has already exceeded 3,900 nodes, making it the current largest viable mixnet in the world.

Mask Network is the core product of Dimension, which is positioned to become the bridge that connects internet users from Web 2.0 to Web 3.0. The foundational technology of Mask Network is a peer-to-peer encrypted messaging application, with new functions continuously being created around this foundation. We at Mask Network are strong believers in the ownership economy. People should own what they produce, people should own their data, their attention and the virtual space they choose to contribute to.