Exhibition of “Bitcene：Spacechain/Publicness/Criticism of Technology”

Exhibition of “Bitcene：Spacechain/Publicness/Criticism of Technology”

* The Bitcoin exhibition is only the last few days and will be evacuated on November 29. This event is free for participants. The December exhibition will move on to the Shenzhen Museum of Contemporary Art to participate in the Shenzhen Biennale uabb2019. The content will update, so stay tuning.

E-mail registration: To count the number of people, please edit the e-mail named “ Bitcene + Name + Contact” send to [email protected] The content of the e-mail will introduce the interests and occupations of people. 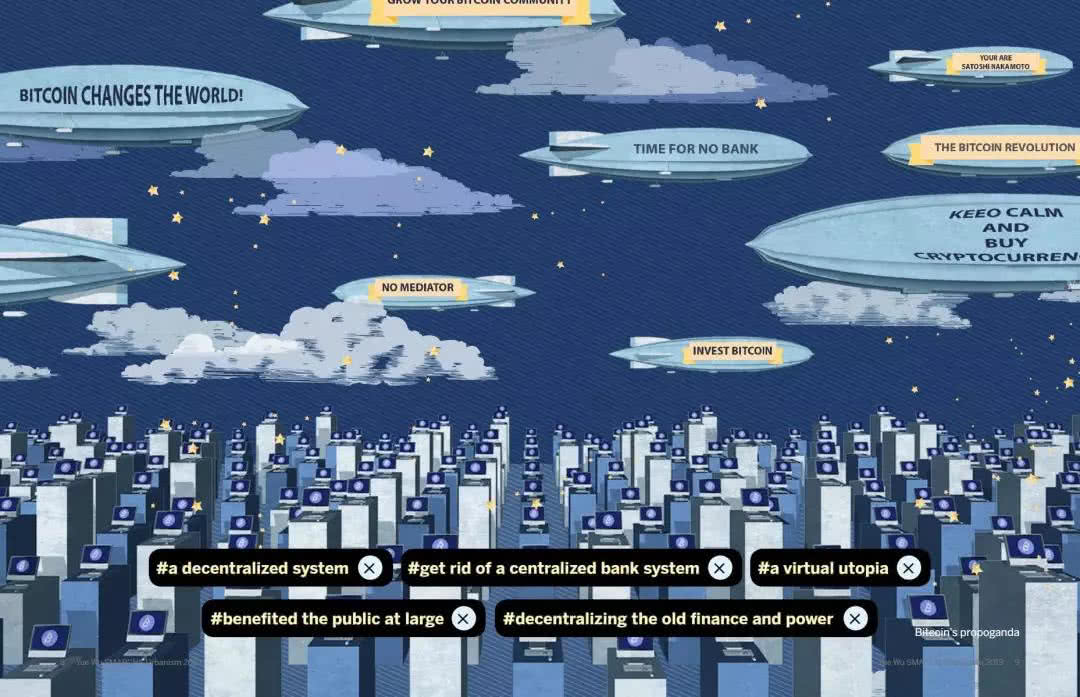 A Review of Protocol Utopia Cases – Coding as Law or Blockchain Justice?

Data sovereignty and data as a labor

Founder of the Bitkid Urban Research

[Inner os: Everyone come early, don’t be late. I finished talking in the middle of the night in the United States. I want to sleep ZZZ] 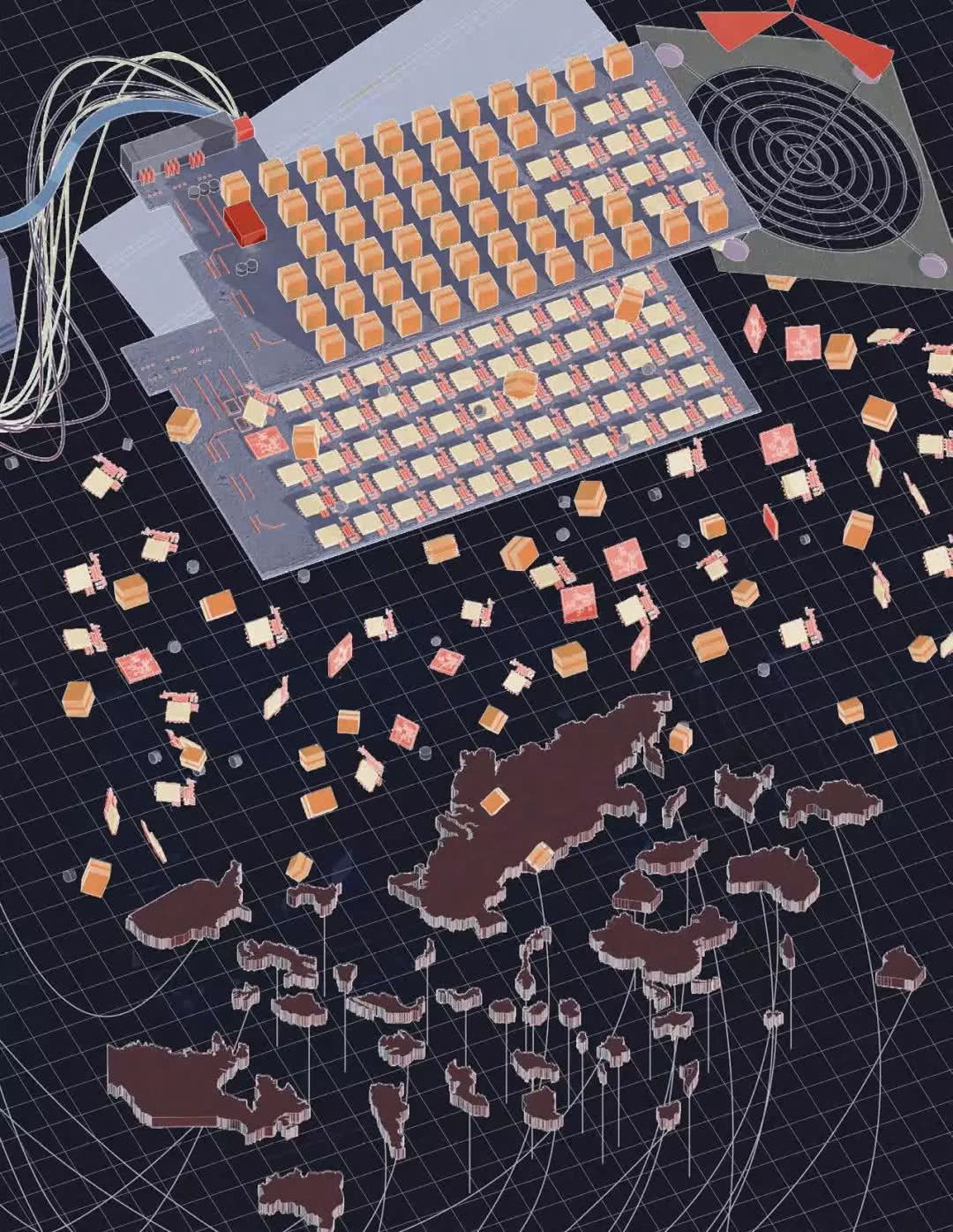 ▲Diagram of the machine, its components and origin places. Source：Yue Wu

Social scientists, CEOs of multinational corporations, and mass media reporters all seem to emphasize that cryptocurrency will lead humankind to an increasingly distinct future of financial and spatial decentralization. However, despite Bitcoin’s success have existent for 10 years, but the existing geopolitics of Bitcoin has not been distinctly resolved. If we try to understand bitcoin thoroughly, we will ask a series of questions: What is space and spatial ideology generated by cryptocurrencies? What is the new production and consumption relationship led by cryptocurrencies? What differences between the regional development and the cryptocurrency production and consumption ecosystem? What are the different forces (resources, energy, urban policies, etc.) that cause regional and global development imbalances? Which institutions (central government, monopoly capitalists, decentralized anonymous individuals, etc.) make decisions about cryptocurrencies that affect urbanization?

Here, we will use mapping and data empirical methods, from the four aspects of algorithm modeling, computational acceleration, global positioning, and human scale, and refer to the inverse entropy, life politics, actor-network and the common imagination of other theories under the geopolitical framework of Bitcoin proposed a critical program to learn what Bitcoin’s dynamic urban landscape and what impact they have on us.

Digitization is not a process of “literally encoding the world we want to see”. It is not a decentralized system but is consistent with the concentration of existing geopolitical forces, reflecting the current geopolitical relationship and competition. This relationship will reveal a dynamic process of bitcoin urbanization from the perspective of architecture and urbanism. It is a Seberg perspective of observing the spatial distribution of infrastructure, the study of capitalist political economy cities, and the human side.

One of the founders of the cryptocurrency community Oura

[Inner os: The founder who sings anti-tunes to himself ~! Lead singer] 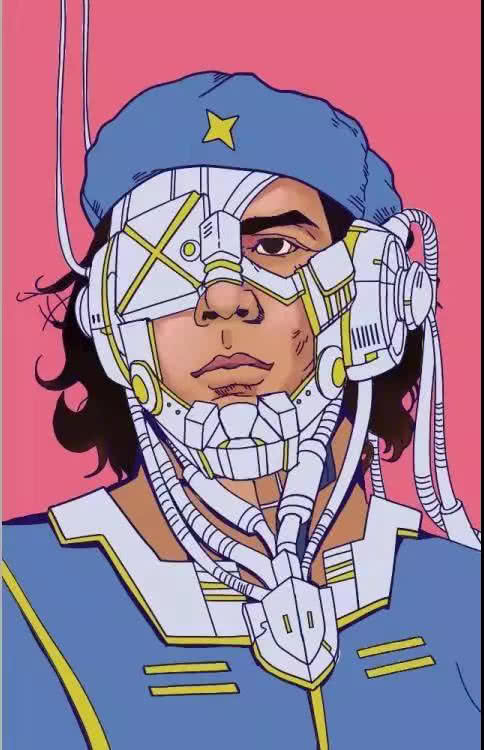 For tens of thousands of years, we are continuously expanding the scope of collaboration. Collaboration, as the most important social capital, promote the development of society. But now, with globalization, the geopolitics friction between the government and the local area is intensifying. Trade wars and global environmental issues, such as the “tragedy of the commons”, have severely hindered the further benign circle of the cooperation model, economic recession and intensified disputes Stand out.

With the emergence of public networks based on information science, while covering a larger area, the point-to-point copy of information has forced more things to become public, and the transformation of the public domain has progressed in cyberspace. The tragedy of the commons in the digital field is constantly happening, and collaboration cannot be carried out. Therefore, a collaborative network using mathematics as a narrative method and algorithmic governance through an agreement has emerged. In terms of disenchantment, from collaboration to algorithm agreement, it is the original utopian punk imagination of the blockchain, and an algorithm is a narrative means.

“In math, we truth” and “Code is law” are the core spirit of crypto punk that support the blockchain. I hope that through open source code, we can write verifiable rules and continue to expand the network commons, thereby establishing an A centralized autonomous organization, and eventually replaced the existing order to make the world public, once became the narrative mainstream of the agreement utopia, but this can only be negotiated within the algorithm community. Here, we will trace the history of the establishment, destruction, and reconstruction of the agreement utopia through the three events of internet fork, crowdfunding assassination, and code-breaking law, and put forward the historical torture of technical utopia.

[Inner os: Forget about the portrait this time, I’m not a girl] 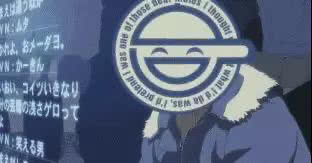 ▲Source：The smiling man in Ghost in the Shell

Cryptocurrencies have partially liberated money, and Ethereum-led smart contract platforms have liberated the “social contract”; but how can we liberate our digital labor?

Privacy and data issues on the Internet have become increasingly important issues. From the sexual assault of Didi Shunfeng to the 360-drop camera, from the monitoring of public opinion to Facebook ’s data leakage and manipulation of the presidential election, the Internet giant ’s segregation and monopoly of data and mobile platforms violate the spirit of the World Wide Web ’s open agreement. Today, the Internet is becoming more centralized, monopolized, and segregated. Internet giants such as Facebook and Google have not only shaped our daily lives, but have also implanted more and more power in the political, economic, and media fields.

Data is the basic means of production of digital capitalism. Data is created by each user. Data comes from the information produced by each of us’s labor time, but it is occupied by monopoly capital and used for profit. It is not difficult to imagine that the intricately established Internet vested interest groups will never easily give up their control, and a tough battle will be inevitable.

If we want to protect our privacy and break the digital dungeon, we need to not only rethink the materiality and labor relations of the data production process but also more practice paths and operational business models. Dimension.im/ Maskbook’s Suji Yan will introduce their practical approach to protecting data sovereignty and their understanding of the value of data labor. (Https://maskbook.com/)

[Inner os: Everyone is welcome to come and watch 2.0 Bit Times] 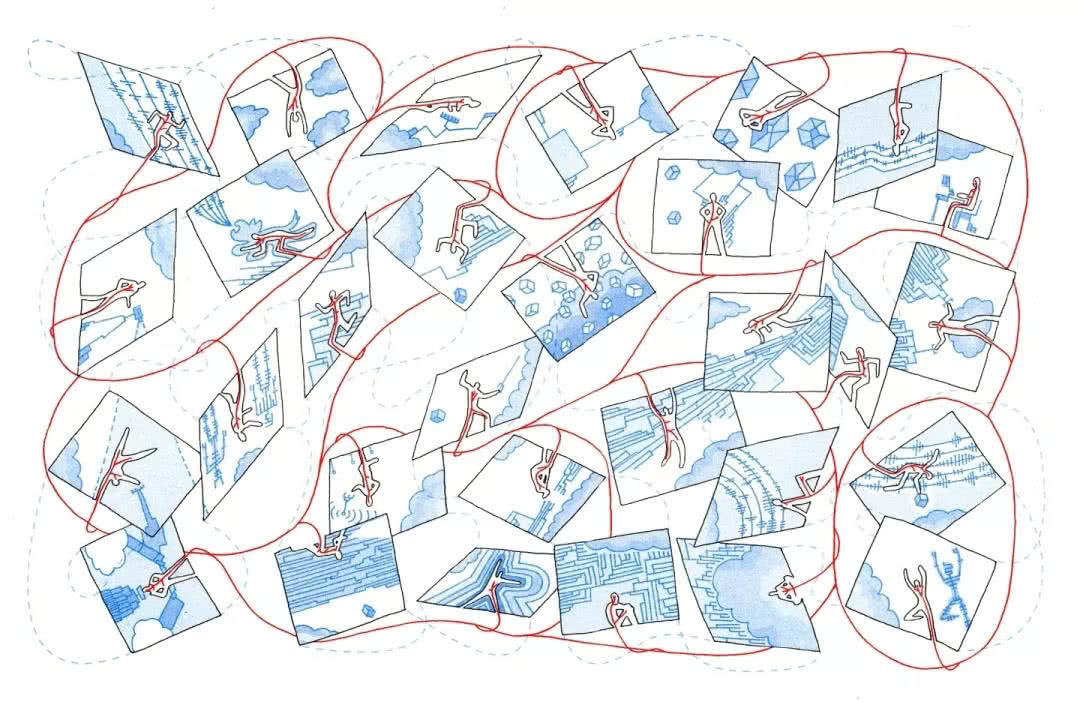 And is this transcended pre-consciousness of left-wing technology a future “super glam”? In the hundred years after the Italian Accelerating Fascism, radical right-wing fascism and white supremacist activism have emerged. There were shuttles between World War I and World War II, and there were many utopian political discourses on the ground of transcendence. As Takeuchi commented on the theoretical trend of the just war of Japanese militarism during World War II, it became “anti-imperialist imperialism.” Also, Maruyama evaluates the “emphasis of centralism” of the super nationalism on the Japanese emperor system’s non-responsibility after the war, and the technical innocence itself is a state of nihility of responsibility-“Satoshi Nakamoto” is all god The vacuum in the temple dome-this is the core nihilism and technical populism of Chao Ke. Analogy in the field of space has the same origins. Izaki Shin evaluated the Japanese scholars who planned the city of the “pseudo-Manchuria” during World War II and promoted the space politics of their right-wing ideology in the form of a left-wing studio. The status of environmental cybernetics and ideological devices in neo-Marxist urban studies of urban planning and spatial production also explains the linguistic relationship with this hyper glam analogy. The exhibition uses images, empirical evidence and image narratives to complete the transformation of this analogic symbol system and the reproduction of technical discourse, and expose it to conflicts and intersections of interdisciplinary values. And the commonality of technology needs to be realized firstly in this kind of commonality. 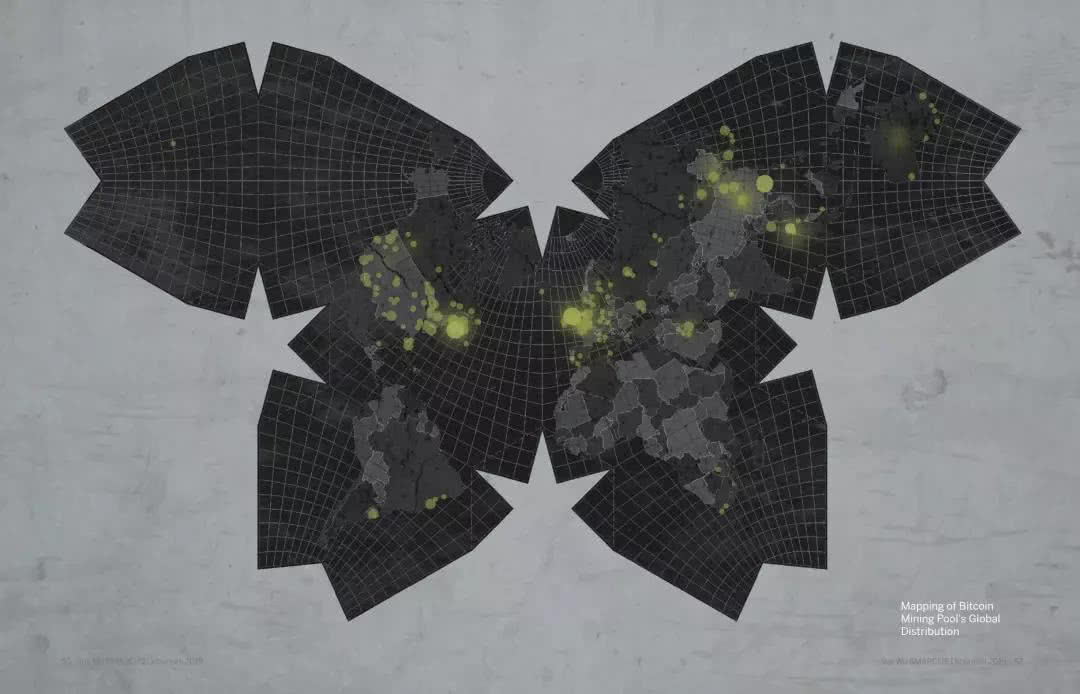 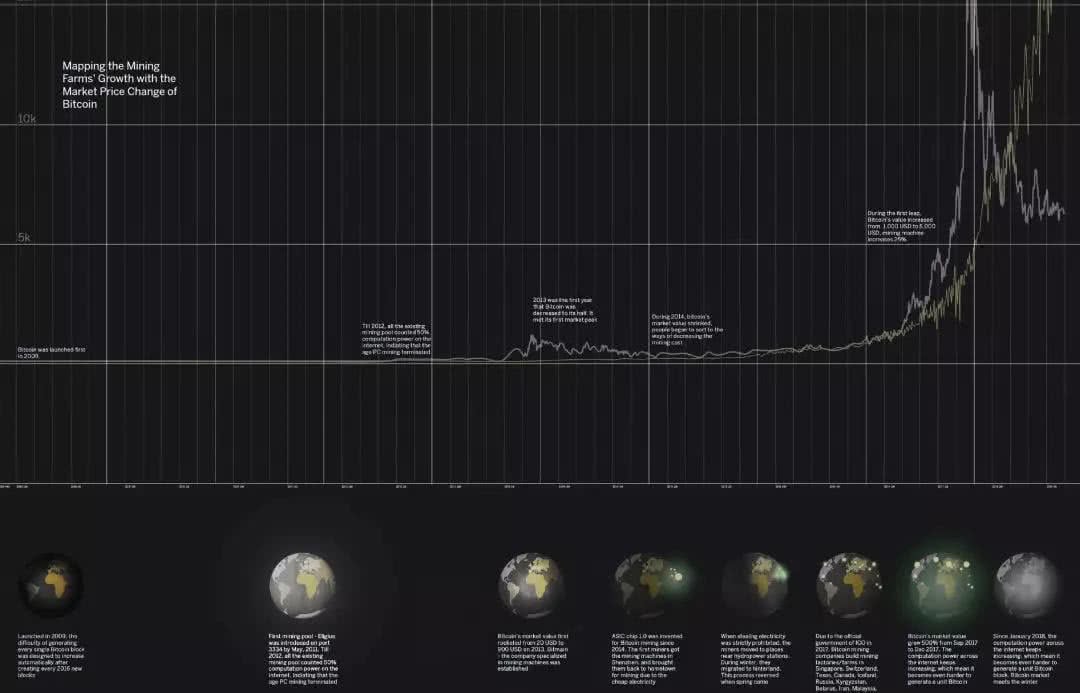 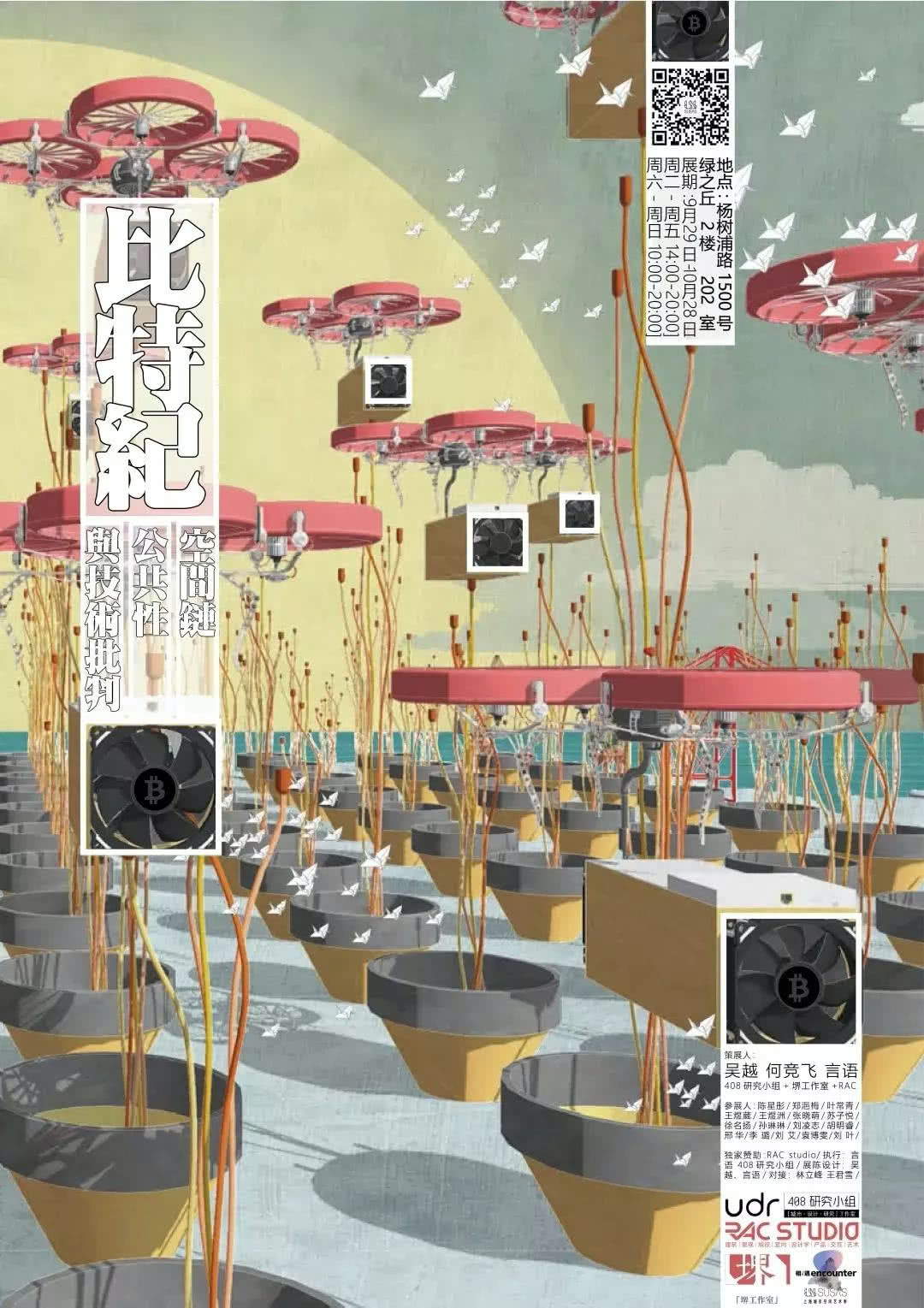 The general public understands bitcoin literally. As a hot phenomenon, few people trace the spatial problems or geopolitical metaphors behind the globalization economic network. Bitcene is dialectical thinking about the decentralized network of globalization.

The exhibition tries to reveal the most “real” and utopian part of Bitcoin to viewers by displaying images, videos, narratives, animations, board games, origami, and etc.-it’s a doubtful cloud of physical space and the decentralization of immaterial space Network. By recreating the dialectic nature of mines and decentralized networks, establishing a critical relationship between exhibition and real space, exploring how new technologies can change people’s behavior in cities, how communities can interact with new technologies, social ecology, and development. What is the relationship between automation, and what kind of space, social and ethical results are most likely to be produced by the process of innovation driven by artificial intelligence? 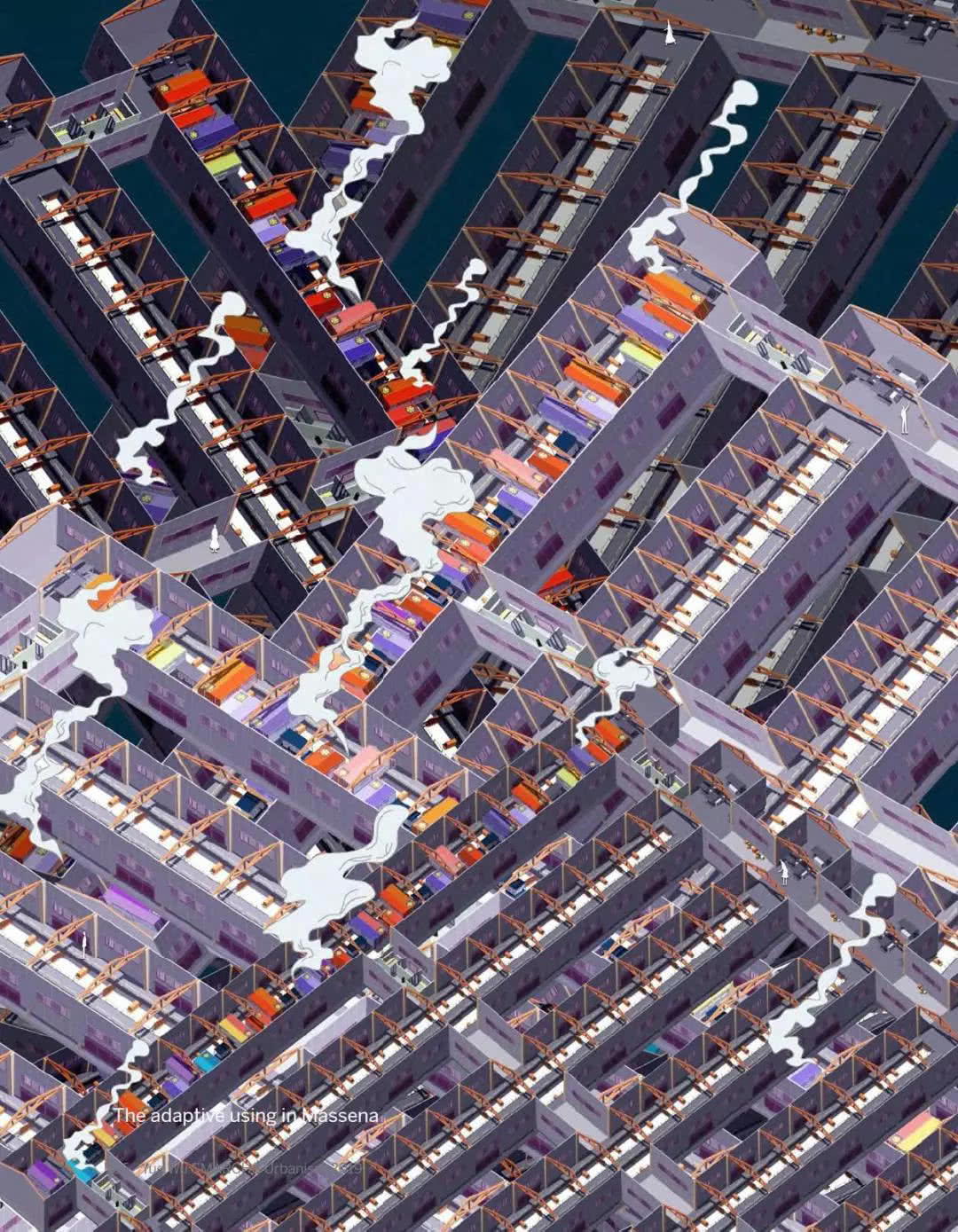 In the field of international finance, the prospect of virtual currency and blockchain technology breaks through traditional borders, territories, cities, transportation, and infrastructure systems, and also inspires urban development strategies that rely on centralized resources. From the perspective of a planetary urban landscape, financial space, infrastructure network, and corresponding mining field migration across geopolitical borders formed by Quebec, Iceland, Ordos, etc. Jinji’s regional development strategy, or the exploration of the current blockchain community and financial system, has far-reaching significance.

At the same time, the sublimation history of the urban dimension is a history of a Hegelian spiral, accompanied by repeated decentralization and decentralization processes. From the perspective of the historical history of shell currency to virtual currency, the new interaction of the blockchain industrial city means the integration of the physical layer and the digital layer. It foreshadows the technological acceleration and domination of the virtual space to the daily living space of “future citizens”, thereby putting on a strong dystopian cyborg science fiction artistic color.

In this sense, the development of blockchain technology and virtual currency needs to be viewed dialectically and reflectively. The “spatial chain” is analogized by the blockchain of virtual currency, which has become a kind of “urban dimension” that imagines people experience urban activities, explains urban mechanisms, and explores urban issues. It also started from the original intention of virtual currency decentralization and fell back to many characteristics of centralization, which led to divergent reflections on the history of urban upgrading.

The exhibition focuses on topics such as Bitcoin Geopolitics, Entropia Urbanization, and Economic Community of Crafting Block: The Game of Life, and explores and reflects on physics, cyberspace, future citizens and The relationship between the metaphor and integration of the city’s uplifting history, and the prospect of the subversive change of virtual space to urban development. 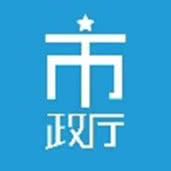 Scope of the exhibition: including the main exhibition hall and 5.5 km of waterfront public space in Yangpu South River

Address of main exhibition hall: No. 468, Yangshupu Road, Shanghai (including the dock and woolen warehouse) 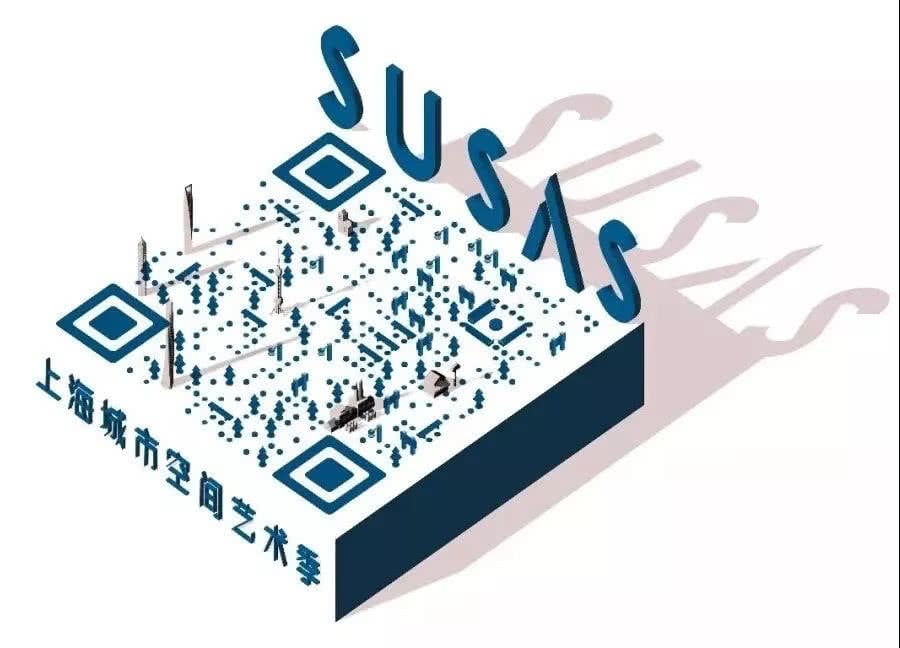